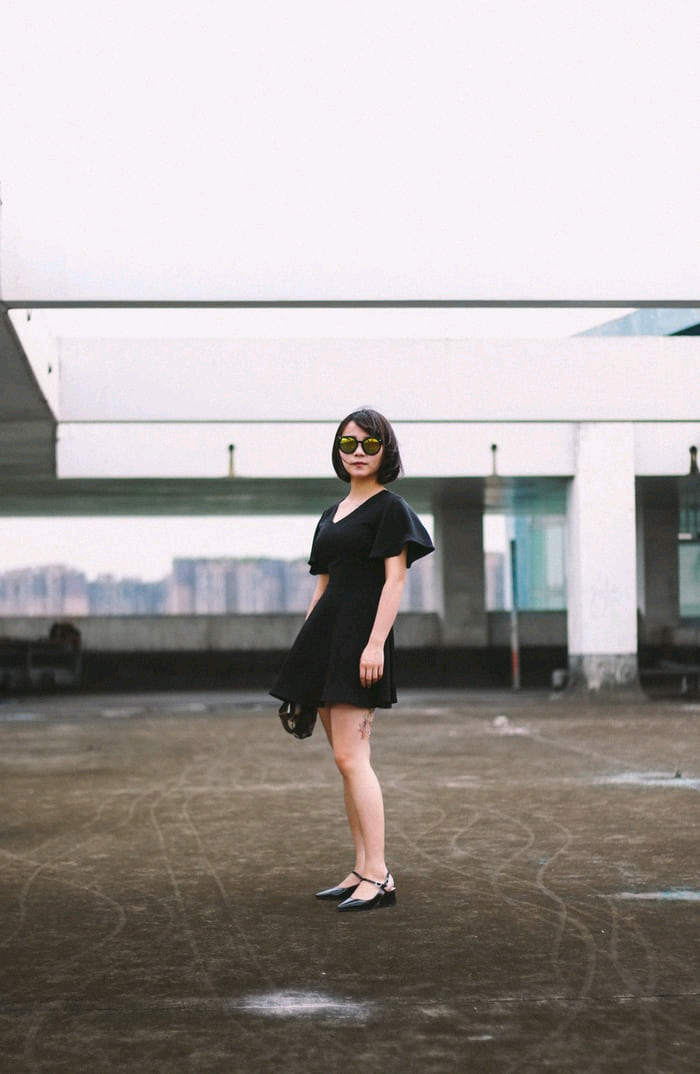 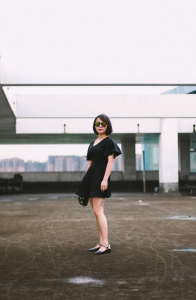 The little black dress (LBD) is a must-have in every woman’s wardrobe.

Asides from the sheer beauty, it’s a multipurpose outfit that can be worn to different occasions.

It’s also perfect for as many styles as you’d like and complements different accessories and jewelry.

In short, you can’t go wrong with the little black dress. So, if you don’t have one now, then you’d better hurry to get it – you have been missing out for so long.

And if you already have one, you should know the most suitable occasions where you can glam up in your little black dress and pull the crowd’s attention along with you.

It’s also right to add here that one of the most important features of the little black dress is that it’s a classic dress. So, the beautiful thing is that you won’t have to bother about it going out of fashion after a few years.

No woman wants to show up at an occasion in an outdated fashion outfit and the little black dress helps you avoid that awkwardness.

While the LBD will do just fine for just about any event, you can’t go wrong when you wear it to certain places and occasions.

So, here are five places where you can be absolutely sure about nailing your look in the little black dress.

Yes, the office. You certainly want comfort and you also want to look chic at the same time – then go for the LBD. There’s no better way to assert your independence than donning the LBD as you make that presentation or pitch that proposal.

It doesn’t matter if you are not the would-be bride. The LBD will have you looking radiant as you enjoy the night and catch lots of fun with your girls. Don’t forget to take those badass pictures too.

Make your Sunday a little more special by wearing a little black dress. You’d be glad you did.

Either with friends, family or a significant other, you can’t go wrong with the black dress for dinner. Get a simple but elegant accessory (stud earrings or pendant necklace) to go with it and you easily steal the show.

This is one place where you can be sure to wear a little black dress and look amazing among the rest. If all you can find is the LBD for that wedding event, then you are good to go. Pair it up with smart jewelry and lovely heels and watch who will make heads turn.

How To Use A Waist Trainer The Right Way

10 Breathtaking Asoebi Styles To Keep You Motivated All Week

All You Need To Know About Waist Beads 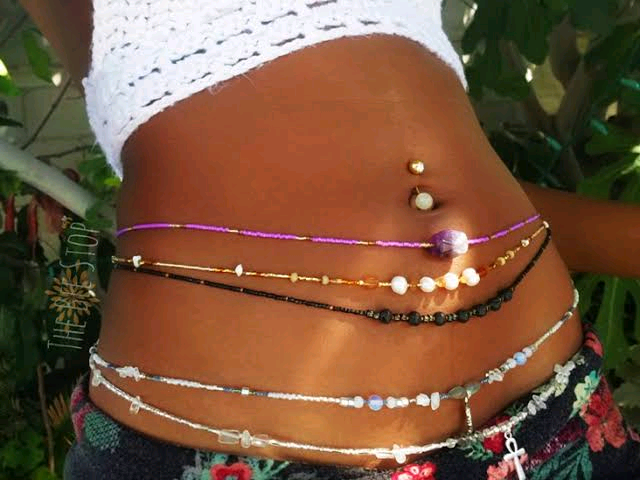 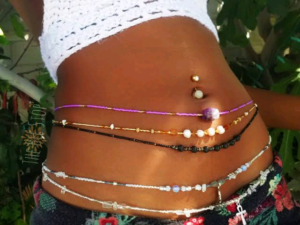 Waist beads are one of the traditional fashion accessories peculiar to Africa.

Worn typically around the waist, it is an arrangement of ornamental stones, crystals, charms, and small glass beads on a string or wire.

Also known as belly beads, waistline beads, or beaded waist chains, waist beads have been in existence for a very long time.

It has also been adopted by other cultures. In the West, women have been seen wearing waist beads.

Women in West African countries such as Ghana, Senegal, and Nigeria wear waist beads for various reasons that could be spiritual, sensual, or fashionable.

In recent times, however, waist beads are worn by women in Africa and America to enhance their aesthetic appearance and serve other useful purposes.

Here, everything you need to know about waist beads and its significance will be covered.

Why Waist Beads Are Worn

There are different reasons why waist beads are worn by women.

In certain parts of the world, waist beads are worn to indicate growth into womanhood. In Ghana, babies are adorned with waist beads during their naming ceremonies. As they grow older, the girls retain the waist beads.

In many West African traditions, a pair of waist beads are worn around daughters during their first menstruation. It indicates passage into womanhood.

Also, when a girl grows out of puberty, the waist beads will be different. Hence, waist beads indicate a new stage of life for women.

Waist beads are also known to enhance women’s sensuality in different parts of the world. Waist beads may also be closely associated with fertility. Some women wear specific beads during sex when they’re trying to conceive.

Among the Ashante and Krobo cultures in Ghana, larger beads or bells are added to a woman’s waist beads once she’s fertile so she makes noise when she walks to alert potential suitors nearby.

In other cultures, waist beads are worn under clothing for only the wearer and her chosen partners to see, akin to a special set of lingerie.

Special waist beads are also available for pregnant women. They’re believed to provide protection for the mother and growing baby.

Although women of all races and ethnicities wear waist beads, this accessory is particularly from Africa. Waist beads are a popular way for Black women in the diaspora to connect to their ancestors and celebrate their heritage and cultural practices.

Today, the usage of waist beads by Black and Brown women in the West has evolved into a cultural tradition of its very own. It’s one that reflects the diasporic experience.

Owing to the transatlantic slave trade, many women in the diaspora don’t have direct knowledge of their West African lineage. Reclaiming waist beads also means Black women can reclaim the opportunity to walk in the footsteps of their ancestors. The beads serve as a constant physical reminder that heritage is never as far away as you may think, and it’s up for personal interpretation.

All You Need To Know About Boubou 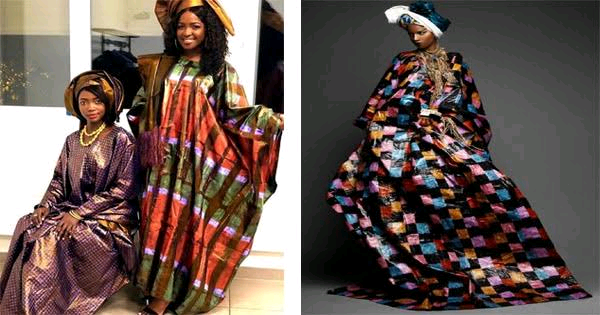 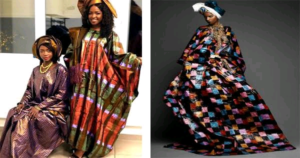 The boubou is no stranger to many Africans.

The classic Senegalese robe is worn by both men and women all over West Africa and also in West African diasporic communities of Europe and the United States.

It is sewn from a single piece of fabric. And the boubou is usually 59 inches (150 cm) wide and of varying lengths.

The grand boubou is the most elegant style. It is often sewn from a piece of fabric 117 inches (300 cm) long that reaches to the ankles.

The boubou is customarily made in workshops by tailors. They fold the fabric in half, fashion a neck opening, and sew the sides halfway up to make flowing sleeves.

For women, the neck is large and rounded; for men it forms a long V-shape, usually with a large five-sided pocket cutting off the tip of the “V.”

When stiffly starched and draped over the body, the boubou makes the wearer look elegant with a majestic height and presence.

Fabric, Embroidery and Dyeing of the Boubou

Tailors who specialize in making boubous invest their skills in the art of embroidery. The fabric for these embroidered boubous is cotton damask, which is called basin in the francophone West African countries.

Although the fabric can be bought in colors, it is preferable to buy white cloth and hand it over to women dyers who hand dye it in rich hues.

Available in market stalls in several grades of quality, the damask at its most expensive comes from Europe, while cheaper imitations come from Asia or Nigeria.

After the fabric is dyed, the tailor creates the embroidery design with a small sewing machine, either electric or pedal driven.

The embroidery was usually white or beige. However in the 1970s, tailors in Dakar, Senegal, introduced colored embroidery. And in the early 2000s, they vie with each other to create intricate, multi-colored designs in vibrant hues for women.

Men continue to wear white or beige embroidery. Sometimes, they opt for threads which are the exact color as the damask and it is usually dyed deep purple or green.

The exception for men is a white voluminous boubou with gold embroidery. This is the special costume of El Hage, the Muslim who has made the pilgrimage to Mecca. It signifies prosperity, repute, and holiness.

As with the fabric, the high prestige embroidery threads are silk and come from France. Polyester imitations are imported from Asia.

A brief history of the boubou

The word “boubou” comes from the Wolof mbubbe. (Wolof is the main African language of Senegal.) This therefore means that the boubou is a traditional Senegalese outfit that is different from the acquired dress styles such as the Arab caftan and the European suit.

It was after the World War II that the elegant grand boubou for women became fashionable. By the end of the twentieth century, young women would sometimes adopt a hip-or knee-length boubou as a fashion alternative and for more casual wear. The boubou à la française also returned as a high-fashion item and it was renamed the mame boye (Wolof for “darling grandmother”).

5 Ways To Style A Jumpsuit 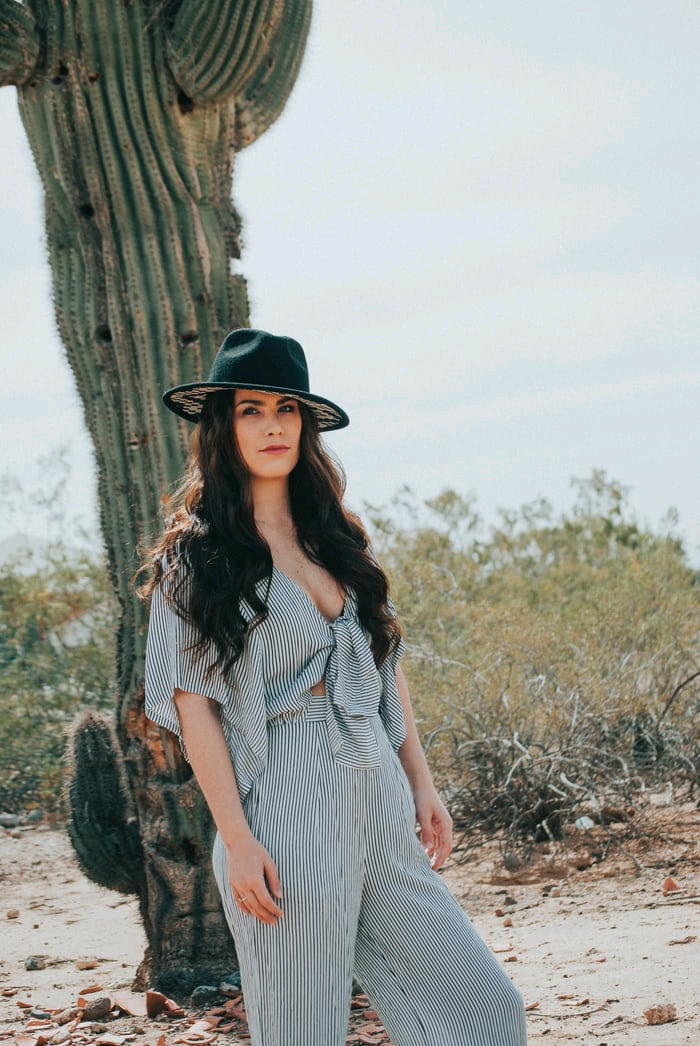 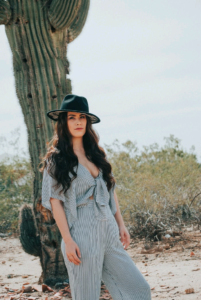 Jumpsuits are a great addition to every woman’s closet.

But it’s sometimes confusing to style them appropriately for different occasions.

The trick with jumpsuits is wearing them well to suit your body type and available accessories.

This is because jumpsuits come in various sizes, patterns and designs that can be too much for someone who fits well in simple designs and patterns.

This is why jumpsuits are usually available in black and white. This is because they are easier to wear and always give off a stylish and elegant look.

So, it is important to know how to style your jumpsuit in the appropriate way that will have you looking chic and classy.

Here are five ways to style your jumpsuit outfit well.

Go for your perfect fit

With jumpsuits, you need to pay attention to how it fits your body. Don’t wear a jumpsuit that is too tight or too loose.

You don’t have to lose your figure just because you are wearing a jumpsuit.

A lot of jumpsuits have either a cloth belt the same color of the jumpsuit or you can easily add your belt to define your waist. Cinching your jumpsuit at the waist is a great way to add some femininity to the look and give you that curvy look.

Pair the jumpsuits with a blazer

If you’ve never worn a jumpsuit before, you can try adding a blazer. It will make you feel more comfortable than without. It also helps in breaking up the look as well as adding a layer to make the jumpsuit more subtle.

When selecting a blazer or jacket, go with the one that enhances the jumpsuit and goes with the occasion. This outfit could work for a cocktail party, formal evening dinner or going out to fancy drinks with friends. Try to always consider where you are going to wear your jumpsuit and select a blazer that either brings it up a notch or makes it more casual.

You can also go for color tones that are similar to your jumpsuit or contrasting.

Heels are a perfect fit for your jumpsuit. Unless it’s a very casual jumpsuit for the beach, you can’t ever go wrong with pairing your heels with a jumpsuit.

This is because you don’t want to appear short or frumpy. Create the illusion of long and lean by not having the bottom of the jumpsuit bunch up.

The shoes you wear with wide-leg jumpsuits need to be on the skinny side. Stay away from wedges, clogs, or anything with a thick heel. This is especially true if the fabric light and airy.

For a first-timer, it’d be great to wear a solid black, navy, forest, or a dark-colored jumpsuit. If you’re a little daring, then you can opt for a jumpsuit with a small print, like polka dots, or a bright color!

For a slimming choice, opt for black. A solid jumpsuit is elongating since it’s one unbroken vertical line the eye moves easily up and down without interruption.

Once you feel comfortable in a black or white jumpsuit, you can experiment by adding some pattern or splashes of color.